I'm afraid there really isn't that much progress to report at the moment.
Chapter 8 of SOLITAIRE 2: THE AGENDA is underway and I'm trying to stage an action scene somewhere I've never been.
As mentioned in many past posts, research plays an important part in any project, but I'm sure someone with first hand experience would be a lot more knowledgeable than a novice like me.
In any event, I'll just keep plugging away at it until I get it write right.
Take care.
STAY SAFE!😷
And I'll see you around the Internet.
Lee Houston, Junior
31 July, 2022

Posted by Lee Houston, Junior at 12:04 PM No comments: Seven chapters for over 11,000+ words completed on SOLITAIRE 2: THE AGENDA.
Chapter 8 may take a while though because I'm trying to figure out how to stage a major action scene in Cancun. Between what I wrote before concerning presenting action scenes with just words and considering I've never been there...
For those wondering, I haven't been further West than San Antonio, Texas USA , South: Galveston, Texas and the furthest Northeast I have ever been is to a Boston Red Sox game at Fenway Park and wound up seeing Pitcher Jon Lester's home debut.⚾
Yet if the various formats of the entertainment industry and my vivid imagination counted, then I've been hither, yon and Beyond The Farthest Star.
(A good Edgar Rice Burroughs novel for those interested.)
Yes, everyone has dreams they'd like to see come true, and most of those comprise a person's "Bucket List" of things they'd like to do before they're no longer with us.
I have one too.
If I ever get that far in life, the first item on my list is to get a bucket.😉
Don't know what I'm supposed to do with it afterwards but anyway, it's time to get back to writing now.
Take care.
STAY SAFE!😷
And I'll see you around the Internet.
Lee Houston, Junior
24 July, 2022

Posted by Lee Houston, Junior at 1:22 PM No comments: 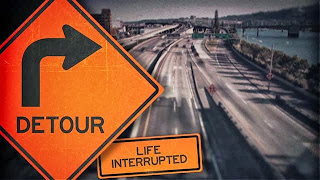 Well...
I did finish Chapter 6 to SOLITAIRE 2: THE AGENDA and broke the 10,000+ word mark doing so, but haven't accomplished much so far on Chapter 7 because a lot of unexpected personal stuff arose that had to be taken care of.
"Hopefully this coming week will be better" and that statement doesn't become (in)famous last words by next week's PROGRESS REPORT. 😉
With that in mind I'm gonna try to get back to writing now.
Take care.
STAY SAFE!😷
And I'll see you around the Internet.
Lee Houston, Junior
17 July, 2022

Posted by Lee Houston, Junior at 3:00 PM No comments:

CAN YOU BELIEVE IT? 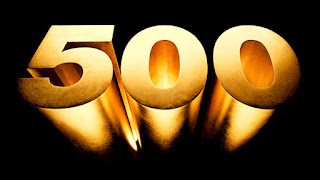 It seems like just yesterday I started this writing blog, but my first FILLING BLANK SPACES post was
actually September 24, 2013 and now I'm celebrating POST # 500! 😀😎
Naturally I wanted to do something special for this occasion than just another PROGRESS REPORT, so I'm sharing with you a sneak peek of the forthcoming FIRST SOLITAIRE NOVEL!
I still don't have a projected release date from the publisher yet, but I do hope everyone enjoys the book once it does come out for it's also the debut of the title character, who shall remain mysterious for a while longer.
ENJOY!
Lee Houston, Junior
10 July, 2022

He ran, darting and weaving across crowded sidewalks as fast as possible without drawing too much attention to himself. Afraid of every shadow and person passed, the man never stopped looking over his shoulder, no matter how many times he saw nothing there.

Avoiding all forms of public and private transportation, he zigzagged and recrossed his path at every opportunity. His head stayed down or turned toward buildings at intersections so his face wouldn’t be recorded by any cameras.

Jesse Frost felt like a hunted animal being relentlessly pursued through the concrete jungle of New York City.

In truth he was but, being unable to tell friend from foe any more, Frost had grown tired of the chase.

It felt like he’d been running forever, but a quick glance at his wristwatch revealed it to be less than an hour.

He wanted his life to be normal again.

Yet the moment he stopped moving, they would catch him and Jesse Frost would die.

The only thing keeping him alive was that they didn’t have the flash drive. He did.

However that was also why they wanted him dead.

It felt like a heavy weight inside his shirt pocket, pounding against his chest with every step.

Frost thought himself in good physical shape, but a lifetime of academic accomplishments and intellectual challenges against today’s events proved him wrong.

As his lungs fought for each precious breath, all Frost wanted was to be home with his wife and family.

Yet the less they knew and the farther away from them he was, hopefully the safer they were.

How could I have been so blind? Jesse asked himself.

There had been plenty of rumors and accusations about Megaplex over the years, but none were ever proven. After all, what big corporation or conglomerate didn’t have the occasional complaint or suspicion hurled against it? All Jesse ever cared about professionally was staying employed to maintain a roof over his family’s head and keeping the bills paid on time.

TO BE CONTINUED IN THE FORTHCOMING FIRST SOLITAIRE NOVEL.
Posted by Lee Houston, Junior at 3:52 PM No comments: 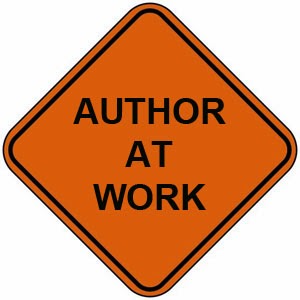 Technically I'm still on Chapter 6 of SOLITAIRE 2: THE AGENDA.
I'm also 9,500+ words into the overall manuscript and in the middle of a major action scene.
I will be the first to admit that it is difficult at times to accurately present an action sequence with just words because they are far better suited to visual mediums.
But a well written action sequence can and will keep the readers at the edge of their collective seats as they anxiously turn the page to see what happens next.
It's definitely one of those "Catch 22" situations because drama and emotions can be portrayed far more accurately with the right words.
Yet a good writer can walk that tight rope to bring you a wonderful story that runs the full gamut of action, adventure, drama, emotions, etc.
And imagine what a great writer is capable of.
Whether I'm good, great or somewhere else when it comes to writing is something only readers and time can decide.
In any event I better get back to it now.
Take care.
STAY SAFE! 😷
And I'll see you around the Internet.
Lee Houston, Junior
10 July, 2022

Posted by Lee Houston, Junior at 3:34 PM No comments:

IS IT WORKING HARD OR HARDLY WORKING? 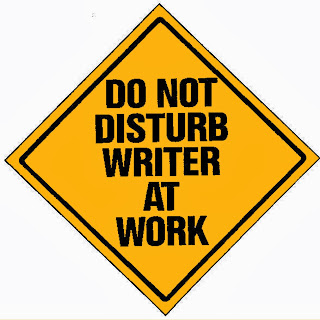 I know I'm definitely doing the first part of that question on a daily basis, but sometimes it seems more like the latter with the way things have been going lately.
Lots of housework, medical stuff since I still have heart💗 rehab three days a week until sometime in August and other chores/errands await me every day.
But at least I'm still here to face the challenges!😎
In any event, while I'm still on Chapter 5 of SOLITAIRE 2: THE AGENDA, I am past the 8,000 words plus point.😊
So I guess I better get back to writing now.
Take care.
STAY SAFE! 😷
I'll see you around the Internet and for those celebrating, HAPPY