Welcome to what will be a regular feature of this blog.
Once a week, I shall post how things are going on whatever project(s) I am working on at the moment so you (the readers) will know how things are progressing on the future releases you are looking forward to.


I have proof/beta read several more pages of my friend and writing buddy's Nancy Hansen's latest manuscript.
I have worked more on Alpha, Book 2: Wayward Son, although I am not as far along on that as I would like to be because
I am about halfway through my last short story commitment for 2013. Work on that had to be paused while I did some research on spiders.
I have also honored my duties as Editor-In-Chief of The Free Choice E-zine, and started this blog.

So, maybe not as much work as I would have liked to have done, but there has definitely been progress on filling the various blank spaces of the moment in my writing career.

See you around the Internet!
Posted by Lee Houston, Junior at 12:28 PM No comments:

This project is something that I had on my mind for some time, but wanted to get some more experience under my belt before undertaking.


WELCOME TO MY WRITER'S BLOG! 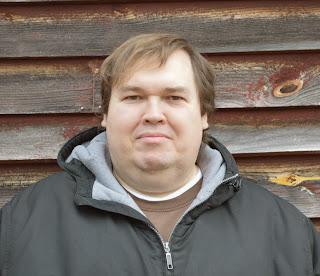 Here I shall discuss stuff that has influenced and shaped not only whatever project I might be working on at the moment, but also my overall writing career, hopes, and dreams.
This space will not replace my author's page on Amazon, or my professional page on Facebook, but is meant to give readers and author more room to communicate than the aforementioned places or my position as Editor-In-Chief of The Free Choice E-zine allows.

So please visit on a regular basis. It will be well worth the journey and reading.

1. Is that really your given name?
Yes; Lee Houston, Junior IS my real name. My paternal grandmother always said that not only was my family directly related to the historic Sam Houston, but that our ancestors were on the winning side of Custer's Last Stand. I do not use an alias because if I'm not proud of what I do, I will not foist it upon an unsuspecting public. Besides, it's full time job just being me without trying to be someone else too.

2. How do you come up with your ideas?
My ideas come from all points of the universe and beyond. Sometimes I get inspired by something I read or watched. Other times it might be via music. Thoughts come to me in the middle of the night or whenever I'm preoccupied by something else, they suddenly appear out of the ether. Whether you believe in the Ether Bunny, Harlan Ellison's idea provider in Schenectady, the Gardner F. Fox daydream method, or some other muse(s); as long as the ideas keep coming, I'm happy.

3. Do you plot first, or just start writing?
I do plot to a point, especially when I'm working on a HUGH MONN, PRIVATE DETECTIVE story; but my plots are never set in stone before I begin working on a new tale. That way, if a new idea comes to me while in the midst of writing, I can stop and consider it right then and there instead of having to set it aside for the next project.

4. So, how do you write?
I am usually at my PC and using Microsoft Word, but I started out writing between the traditional method of using pen and paper, then producing my manuscripts via a manual typewriter; so I have no problem going back to the more "retro" method of creating whenever necessary, then transcribing my notes into the computer's memory later. Besides, you have no advanced warning when inspiration might strike, or bad weather forces you away from the computer for a while.
But I can tell you from first hand experience, always back up your work!

This feature will be updated as needed. But what I have published at the moment includes...

HUGH MONN, PRIVATE DETECTIVE
A traditional private detective plying his trade in the far flung future on another planet in a distant corner of the universe.
The anthology includes the short stories Dineena's Dilemma, Shortages (the first appearance of Big Louie), Of Law And Order (the first appearance of Attorney Mau Mynx), The Siege, Where Can I Get A Witness?, For The Benefit Of Master Tyke, At What Price Gloria?, and A Day At The Beach (the first appearance of Sandra Bunnae).
The first two stories were originally published within Masked Gun Mystery magazine from Pro Se Press, but I re-edited for the anthology. The others never saw print in serial form because the magazine was replaced by Pro Se Presents, with me as (story) editor; but it shows you how far ahead I was at the time.
Under an award winning cover by David L. Russell; the book has been released in print, as an e-book, and recently as a great MP3 Audio Book by Pete Milan and Chris Barnes of Dynamic Ram, who are working are adapting the next HUGH MONN novel in the same format!

PROJECT ALPHA
The opening novel of my superhero series, the being who would become an altruistic person helping all (ALPHA) was a nobody until fate intervened. He finds his life literally changed overnight, with his first mission putting him in a do-or-die situation to save not only another planet, but perhaps the entire universe as well!
Published by Pro Se Press, this is available in both print and the e-book formats right now, and I am hard at work on book 2 in the series: WAYWARD SON, as our hero tries to figure out "where do I go from here?"
You have to admit, that is a great cover image by Marc Guerrero of Alpha (in blue and white) battling Conalaric!

HUGH MONN, PRIVATE DETECTIVE:
CATCH A RISING STAR
While I was intentionally trying for longer adventures, what was supposed to be the opening tale for another anthology became a novel unto itself, because I kept thinking of things to add to the story!
Hugh is hired as a security consultant for vid actress Ruby Kwartz as she comes to the tropical island nation of Galveston 2 to film a new production; but what was supposed to be a simple assignment turns complicated as Hugh discovers everyone has a hidden agenda, and someone wants to make sure that this vid is Kwartz's last!
From Pro Se Press with another great cover by David L. Russell, CATCH A RISING STAR is currently available in the print and e-book formats, with Milan and Barnes working on the MP3 Audio adaptation for Dynamic Ram.
And of course there will be more thrilling HUGH MONN adventures in the future (no pun intended).

But I have also done plenty of short stories too!

"A BLACK FRIDAY IN AUSTRALIA" for THE NEW ADVENTURES OF THE EAGLE
When G-2 Special Agent Jeff Shannon, aka The Eagle, is sent to the land down under on assignment, he finds more than he bargained for as he encounters a historic event and unknown Nazi plans that might help them win World War 2 if successfully carried out!
A joint production of Pro Se Press and Altus Press in both print and e-book format, my story shares the anthology with Bobby Nash, Teel James Glenn, Ashley Magnin, R. P. Stevens, and Nick Ahlhelm under a David L. Russell cover.

"THE DEATH DEALER" for THE NEW ADVENTURES OF DIAMONDSTONE THE MAGICIAN
Nazar claims he can predict when someone is destined to die and is willing to alter their fate, for a price. But when Diamondstone the Magician turned sleuth (originally created by G. T. Fleming) confronts "THE DEATH DEALER", neither may survive the final encounter!
Available in print and e-book as a joint production of Pro Se Press and Altus Press, I am honored to be sharing this anthology with Chuck Miller, Russell Anderson, Junior; and Nicholas Ahlhelm under a Mike Fyles cover.

I have other short stories pending, but since I have no idea where they currently are within the various publishers production schedules, it would not be fair of me to say anything prematurely about them.

But everything listed above has its Amazon links, with the print and e-book formats also available from Barnes and Noble and Create Space.